This post is for these who would like to prepare themselves for ISTQB exam and have difficulties with understanding the difference between various types of coverage. Let's consider following piece of a code:

Statement coverage
In order to execute every statement we need only one testcase which would set all conditions to true, every line of a code (statement) is touched.

But only half of branches are covered and only one path.

Branch coverage
You can visualize every "if-statment" as two branches (true-branch and false-branch). So it can clearly be seen that the above testcase follows only "true-branches" of every "if-statement". Only 50% of branches are covered.

In order to cover 100% of branches we would need to add following testcase:
shouldReturnInput(x, false, false, false)

With these two testcases we have 100% statements covered, 100% branches covered

Path coverage
Nevertheless there is still a concept of path coverage. In order to understand path coverage it is good to visualize the above code in a form of a binary tree 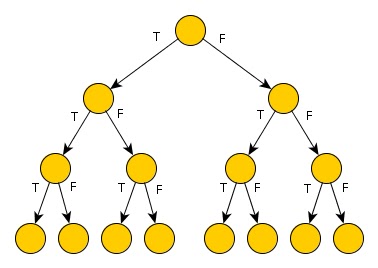